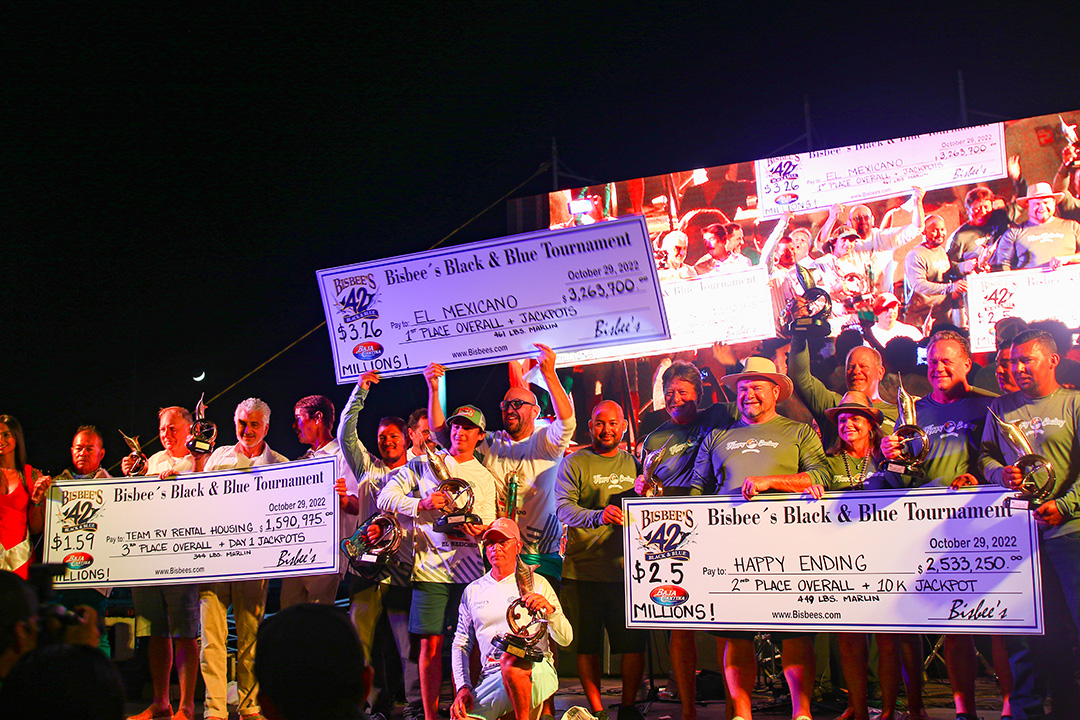 The Bisbee's Black & Blue Awards banquet was held on the A.P.I. Cruise Ship Pier in Cabo San Lucas on Saturday night, October 29, 2022. Wayne Bisbee began by announcing that for the second time in the forty-two-year history of the Black and Blue, there would be three checks exceeding $1,000,000 handed out, totaling $7,387,925 – the most enormous amount ever awarded in a Sportfishing Tournament,

Those awards went to the following: 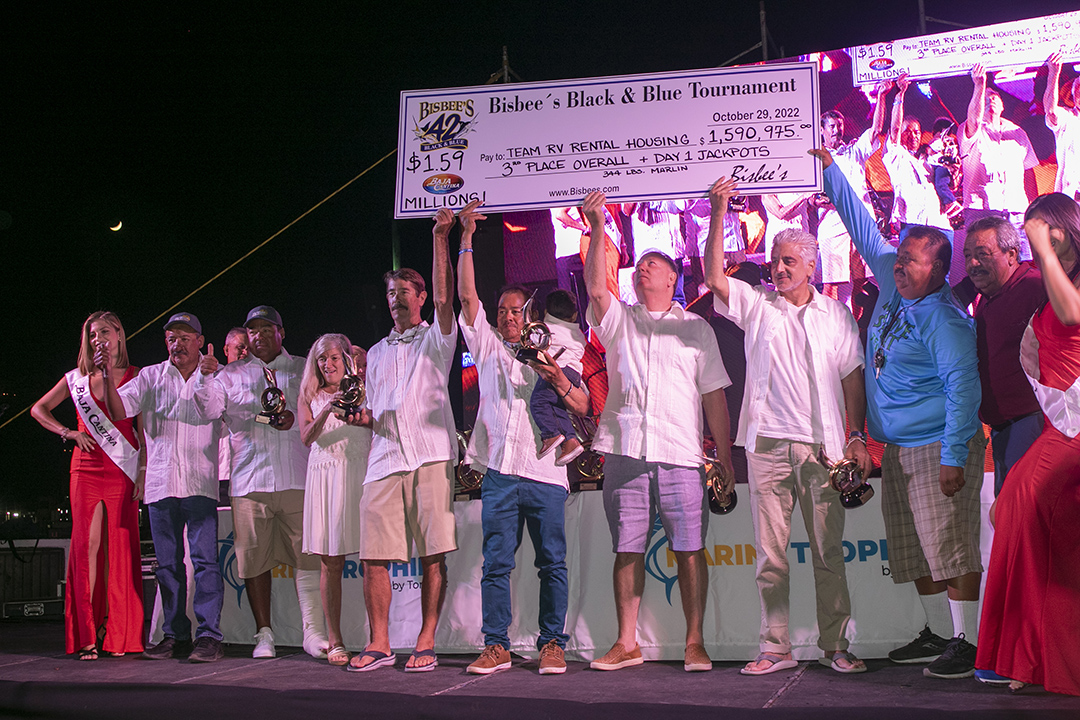 Third Place Honors went to Team R.V. Rentals for the 344-pound Blue Marlin, which was caught by Michael Ciardullo on board "Vida Loca," which earned his team $1,590,975. 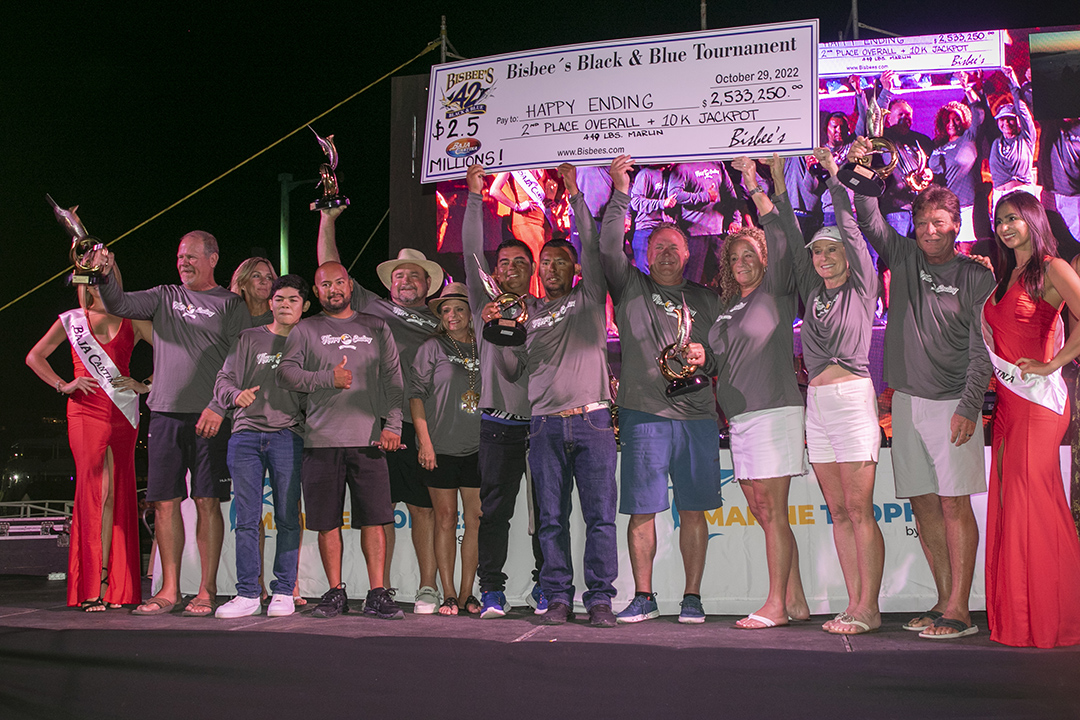 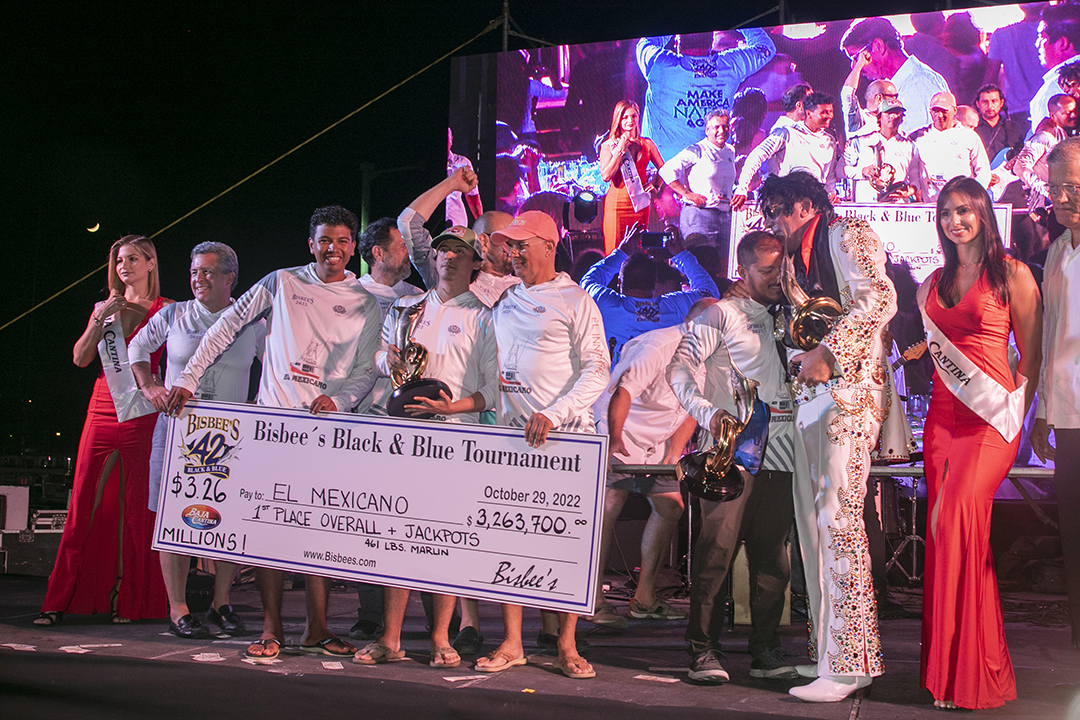 Team EL MEXICANO, with Angler Adrian Ponce de Leon on board the "EL MEXICANO," landed a 461-pound Blue Marlin on the Third Day. This earned him and his team, Angler Adrian Glief Cervantes and Angler Francisco Garcia Rodrigues, the highest amount of the event, $3,263,700.

In addition, the Release Category winners were: 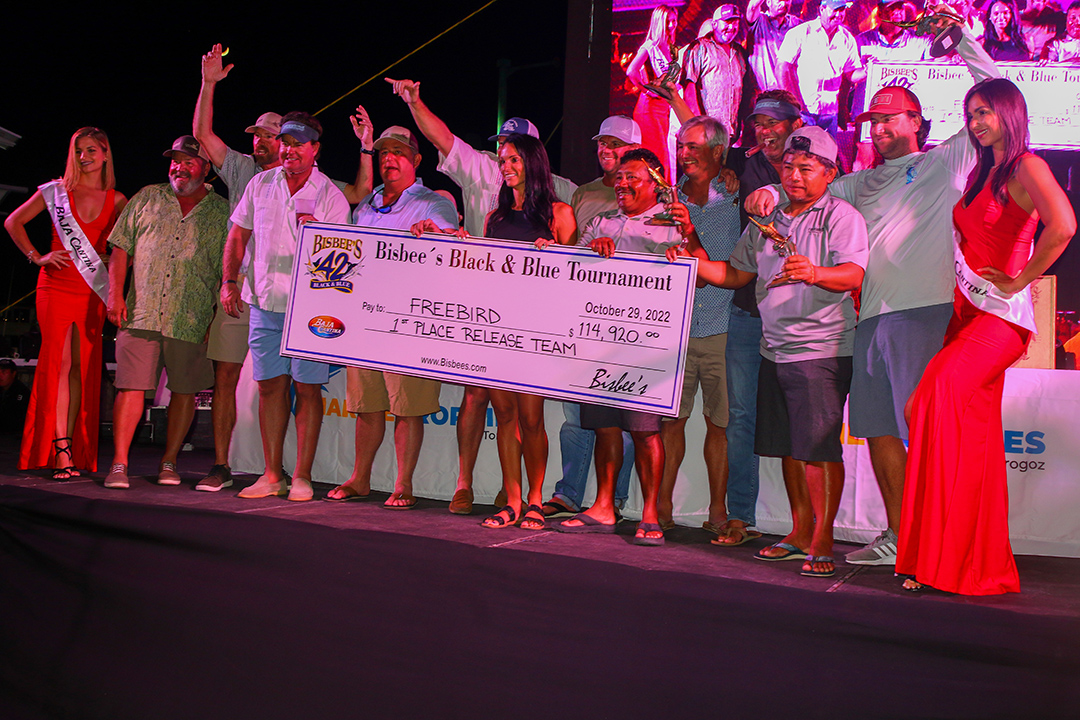 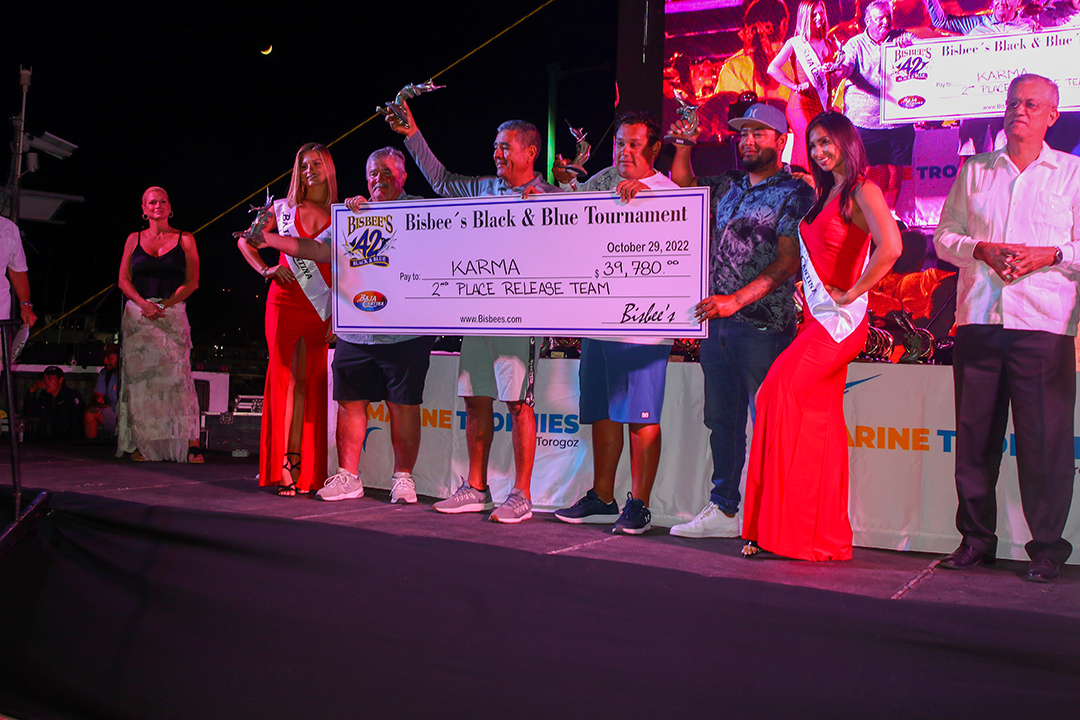 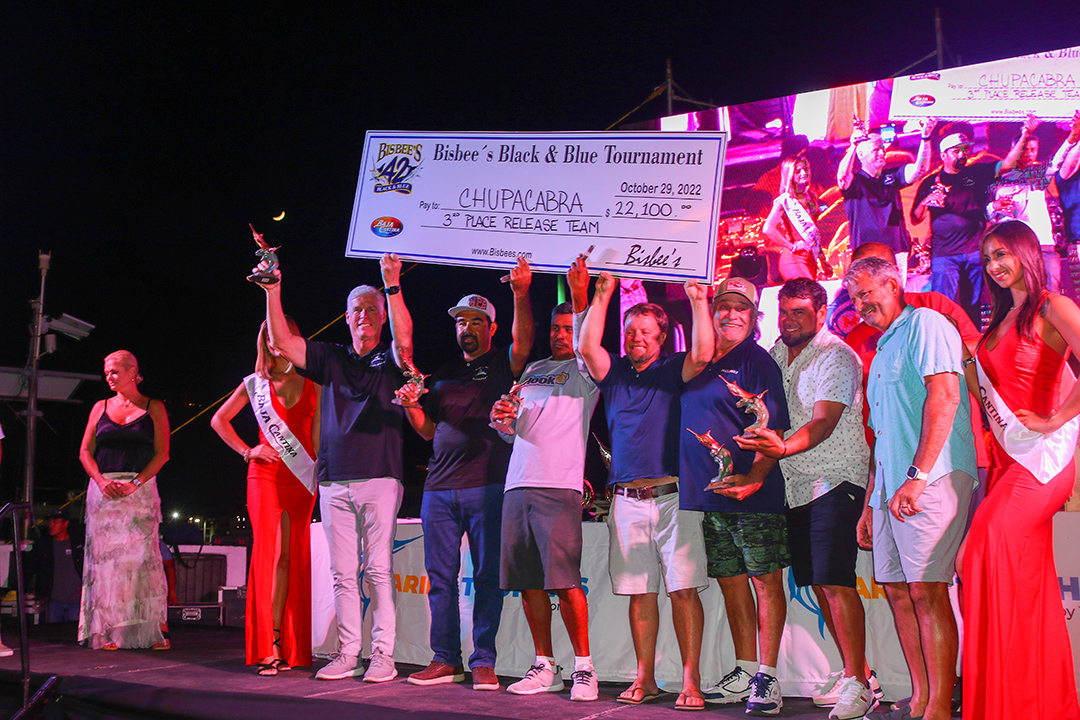 Wayne Bisbee closed the evening by thanking the large crowd for their continued support of the Bisbee's Tournaments.

The entire Bisbee team looks forward to seeing everyone in 2023 to celebrate the 43rd Anniversary of Bisbee Tournaments. He reminded everyone, "Life is short, so dream big; enjoy the adventure and the journey.