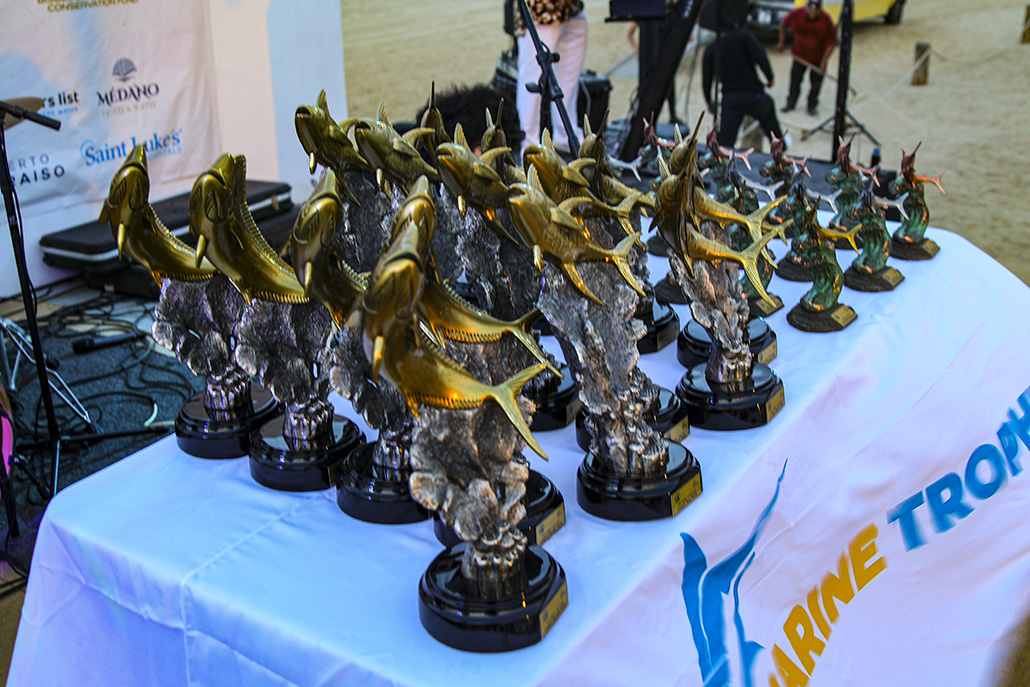 Team Stella June’s 375-pound black marlin caught on the second day of the 3-day event held in the East Cape area earned the Team an enormous $1,286,385 payday at Saturday Nights 23rd East Cape Offshore Awards banquet held on the sand in front of the Buena Vista Oceanfront and Hot Springs Resort managed by the Valdez Family for the past 46 years.

“We were excited to get back to normal this year after 2 years of COVID restrictions and judging by our turnout so were our Teams,” commented Wayne Bisbee, Tournament Director.

The 23rd East Cape Offshore (BCS, MX) one of three events the Bisbee family operates in Baja Sur. This year’s 97 ECO Teams competed for a record shattering $1,614,425.00 in cash prizes. 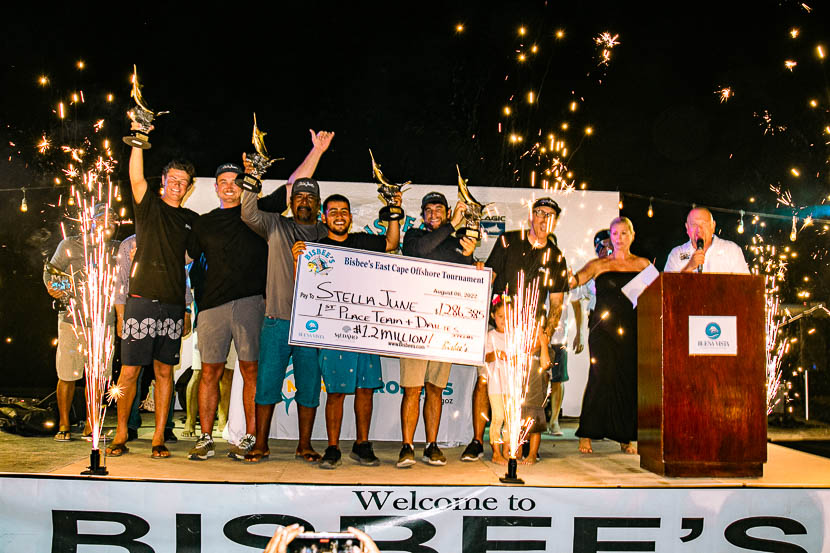 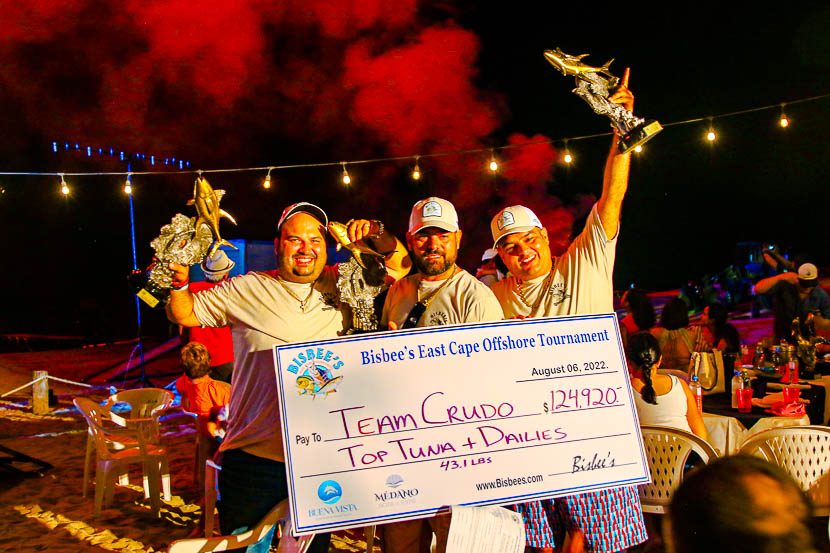 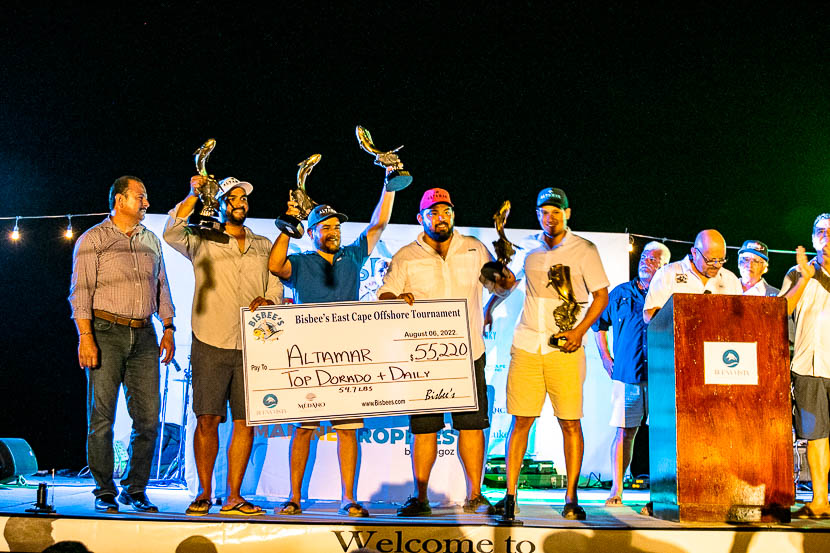 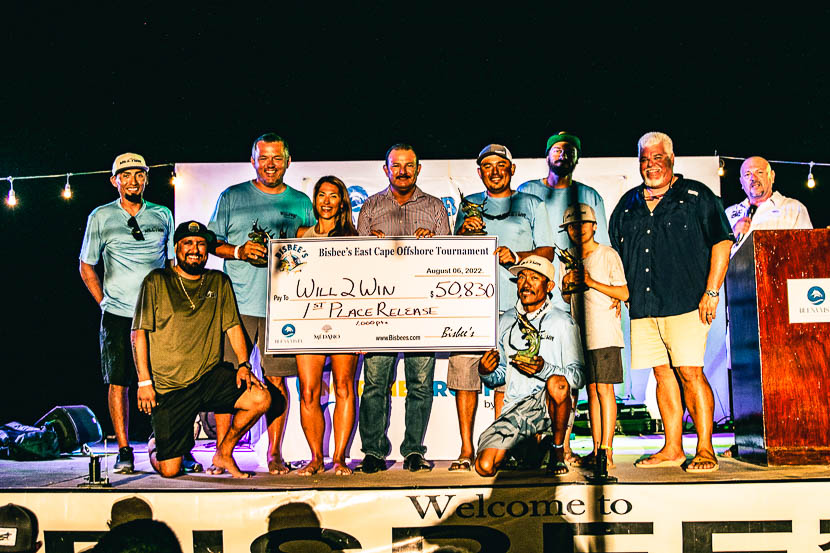 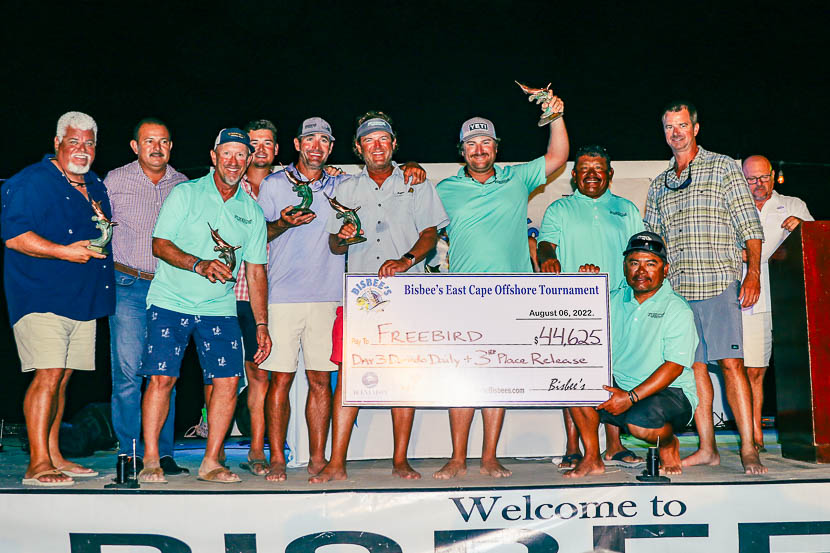 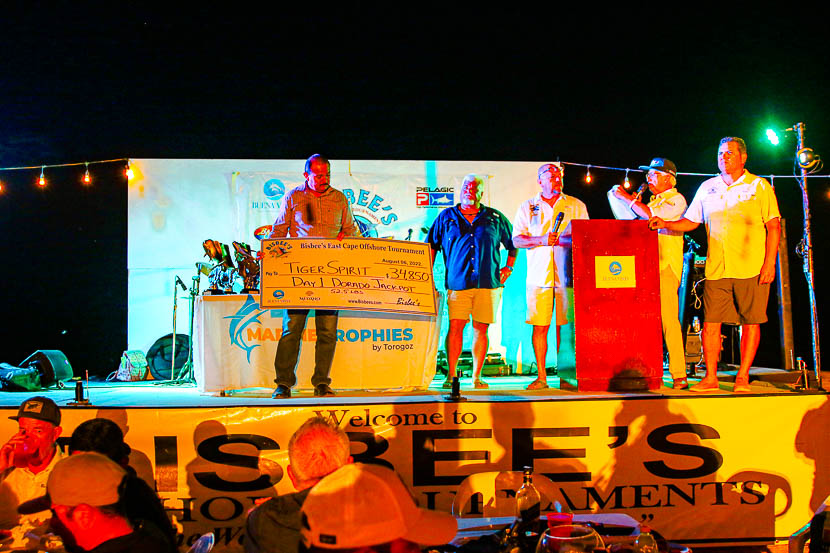 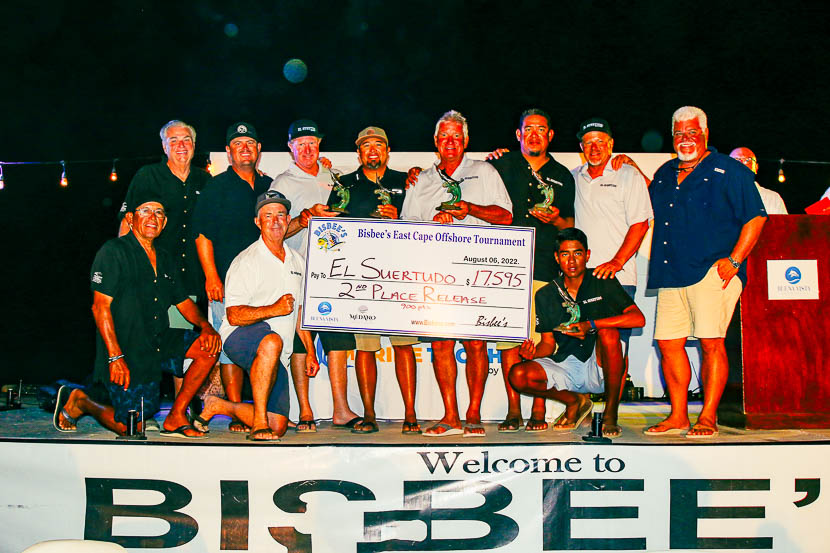