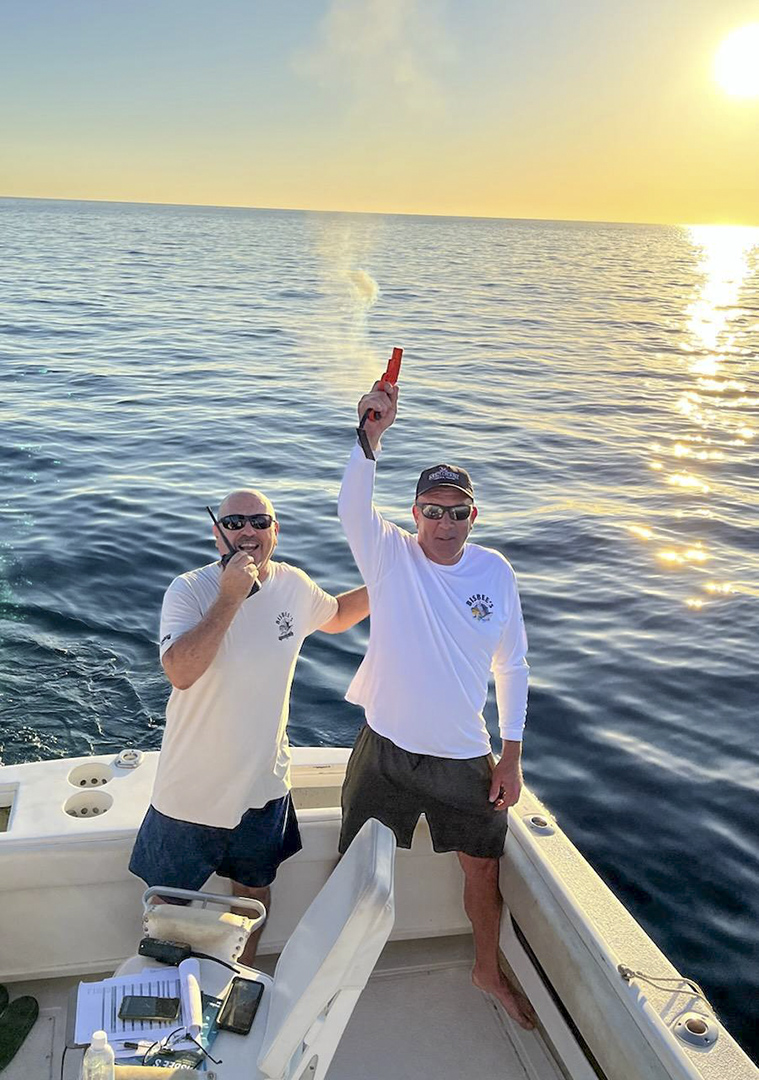 The 2022 Bisbee's East Cape Offshore edition begins with 97 teams who, for the third year in a row, are vying for another RECORD-BREAKING TOTAL of $1,614,425, according to the final numbers listed in CatchStat.  Anglers from Cabo to La Paz share optimism after the positive results of several successful events for different species kicking off this season in Baja.

Before the 3-pm opening of the 23rd Annual East Cape Offshore Tournament, when eager teams could finalize their registration, they socialized on the patio, basking in a pre-Covid normalcy lacking for several years. Maskless, some chatted with old friends and first timers while others posed for their team photos.

When registration opened, the growing crowd of teams surged, nearly overwhelming the Staff. Throughout the afternoon, the parade of entrants continued. When registered, the teams mingled at the Pool Bar, exchanging pleasantries, and hoping to get more information than they gave about their pre-fishing results.

"Waters too hot!" a few observed. "It's off-color," others countered.

"We didn't see one fish on our way up here from Cabo," added another. But unfortunately, whatever positive observations were offered seemed to be shared quietly in one-on-one conversations.

Axel Valdez, the owner of Buena Vista Oceanfront and Hot Springs Resort, welcomed everyone to what he called the Golden Days of Baja Fishing, "like it used to be."

He was followed by Wayne Bisbee, Tournament Director, and Clicerio Mercado, Bisbee Coordinator, MX, reviewing rules in both English and Spanish. In conclusion, they noted that the Drone Operator requested the teams – "Line up straight for the drone shot, please!"

So, ninety-seven teams lined up as straight as possible.