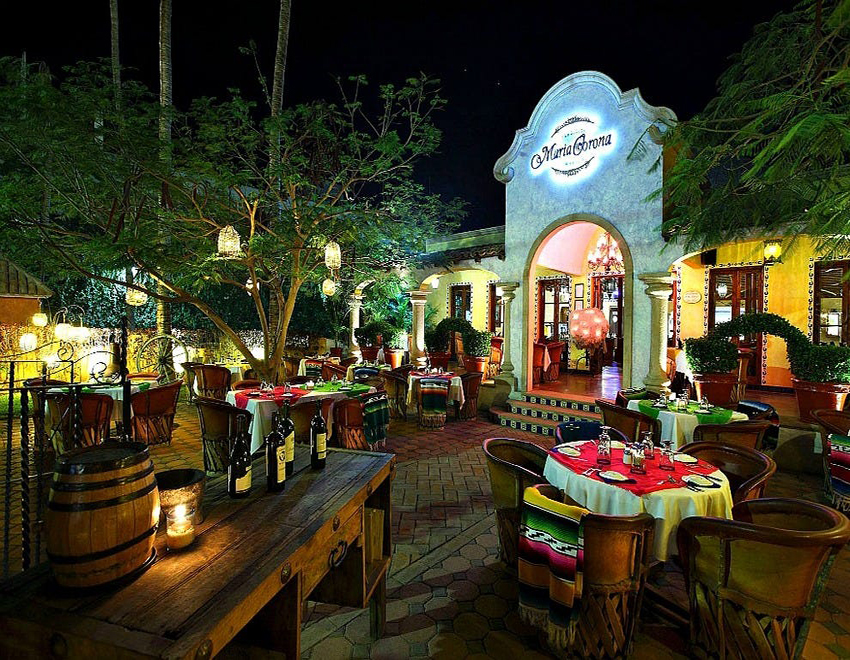 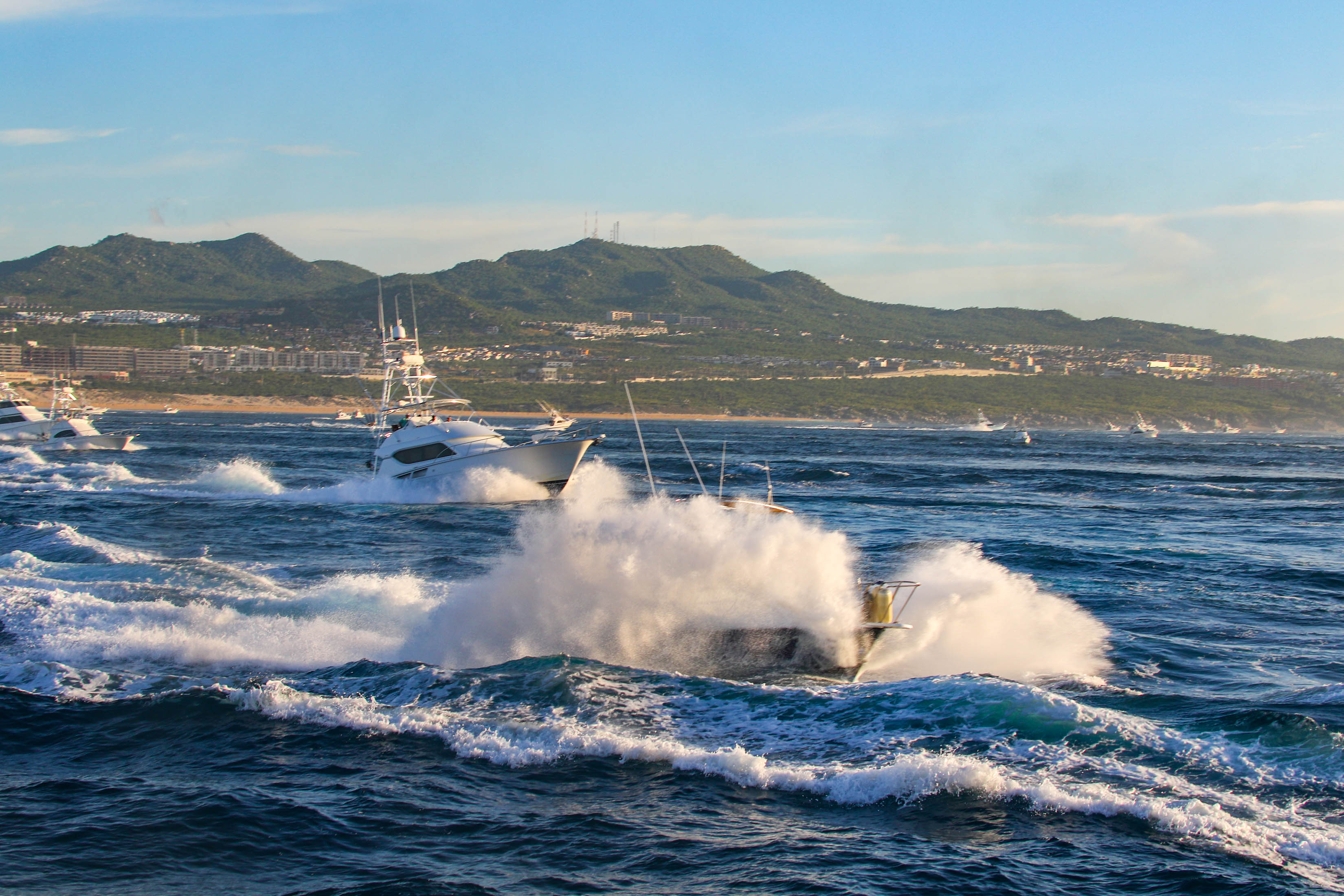 After an exciting flare gun start it was clear that there didn’t seem to be a consensus on where the best area to fish was. Boats of all sizes headed off in different directions. Up in the Pacific, straight out to the west and biig proportion of the pointed their bow up into the mighty Sea of Cortez.  It was nearly an hour later that Rocky Mountain Hookers’ Spencer Evans released a blue marlin – the first of the day.

Throughout the day, 58 boats reported hook-ups on released billfish.

In the Release Division, the points for the top five teams were:

Soon after the scales opened at 2 p.m., Ron Kawaja brought in the first fish of the tournament for weigh-in, a black marlin weighing 319 pounds for Team Pelagic. Reports of a qualifying dorado on the way to the scale had the Bisbee Weigh-Station crew waiting patiently until 9:00 p.m. closing time. But, unfortunately, the information turned out to be a rumor. 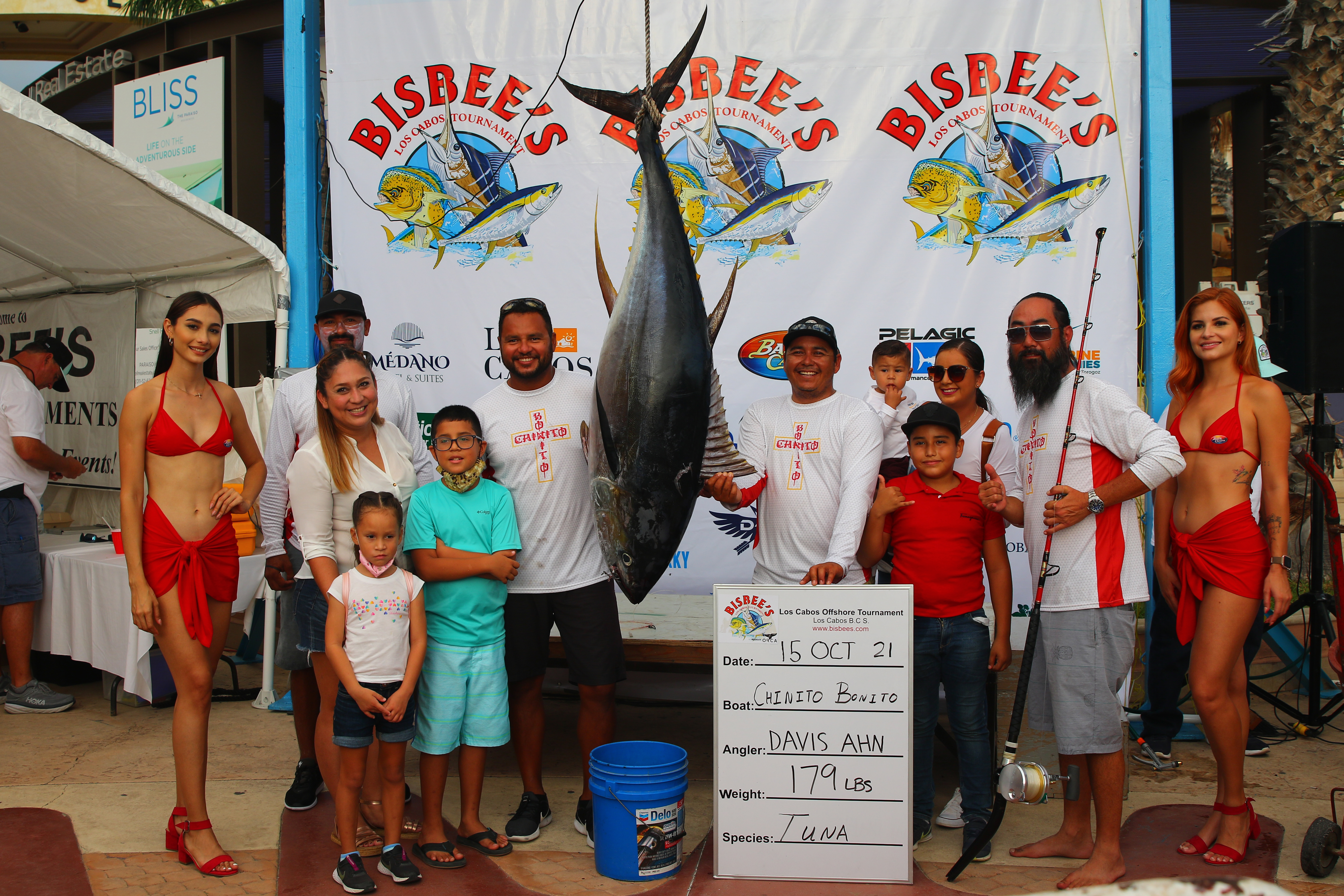 Later in the afternoon, Davis Ahn’s CHINITO BONITO I delivered a yellowfin tuna to the scale weighing 179 pounds, a good start for him in the LCO Tuna Division. Ahn had blasted the Bisbee Black and Blue scene in 2018, winning the second-largest payout in Bisbee tournaments’ history – over $3 million.

Sorry. No live scoring to display.

According to reports, the winds and ripping currents Pamela left in her wake stirred up the areas that had produced fish in the tournament last week, and the water was still very choppy and confused. 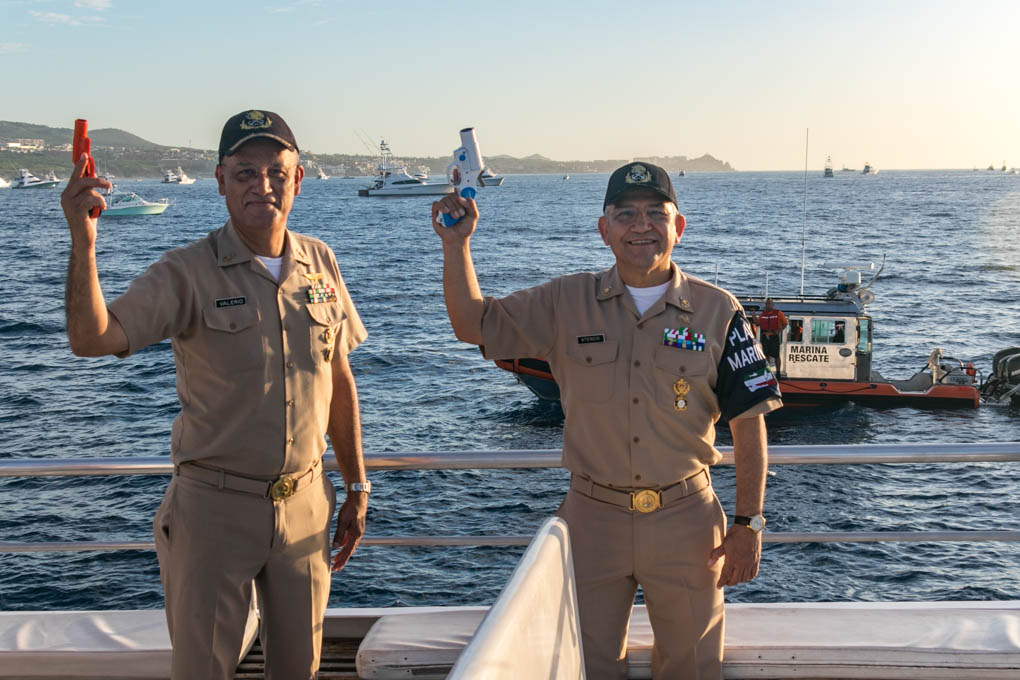 However, all the teams were present and accounted for at the 8 a.m. start this morning as Contralmirantes (Vice Admiral) Samuel A. Atencio, Navy Post Commander, and Alberto Valerio, Port Captain, fired the opening flare guns to get things underway. 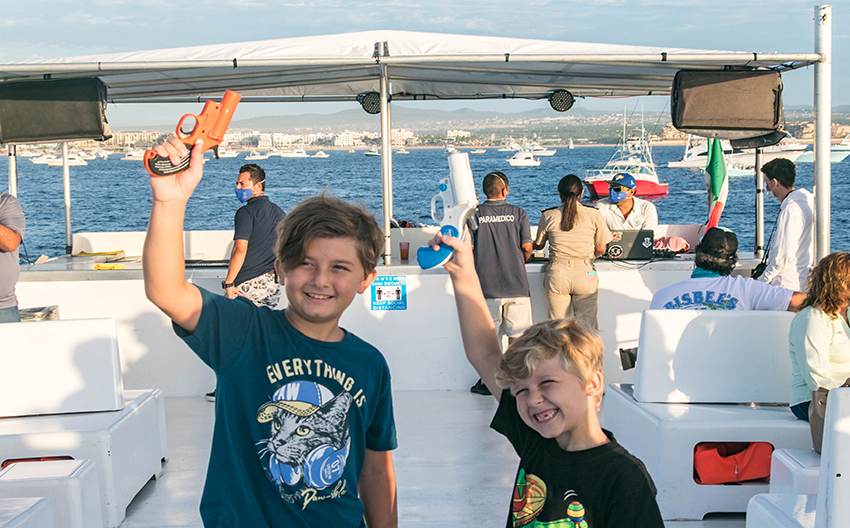 In addition, we were honored to have Mishach Cocaj, ten years old, and Duki Cocaj, seven years old, on the start boat with us. Shak and Duki live in Cabo with their father, Remy Cocaj. They are the youngest practicing flare gun shooters we have had in some time.

When Gerhard Vos of DAGGABOY SAFARIS heard about their prowess, he suggested they might be good candidates to invite on one of his African Rhino Hunts when they get a little older.

Jack Teschel and Bert Merritt hope that with 187 teams scouring the waters surrounding Baja’s top someone will stumble on a hot spot holding some big fish!