Bisbee Jackpots --Elusive for Most

Early morning cloudy skies combined with thunder booming in the distance greeted the 97 East Cape Offshore teams as they gathered on Day One for their first day of competition. It was an impressive sight as boats ranging from 24- to 80-feet crowded the start line as the seconds ticked down to the 7:30-a.m. start.

Funky weather or not, these teams had come to play, and a little grumpy weather would not deter them. “Team Keep it Reel” was the first boat to score 22 minutes into the day with two back-to-back striped marlin releases. 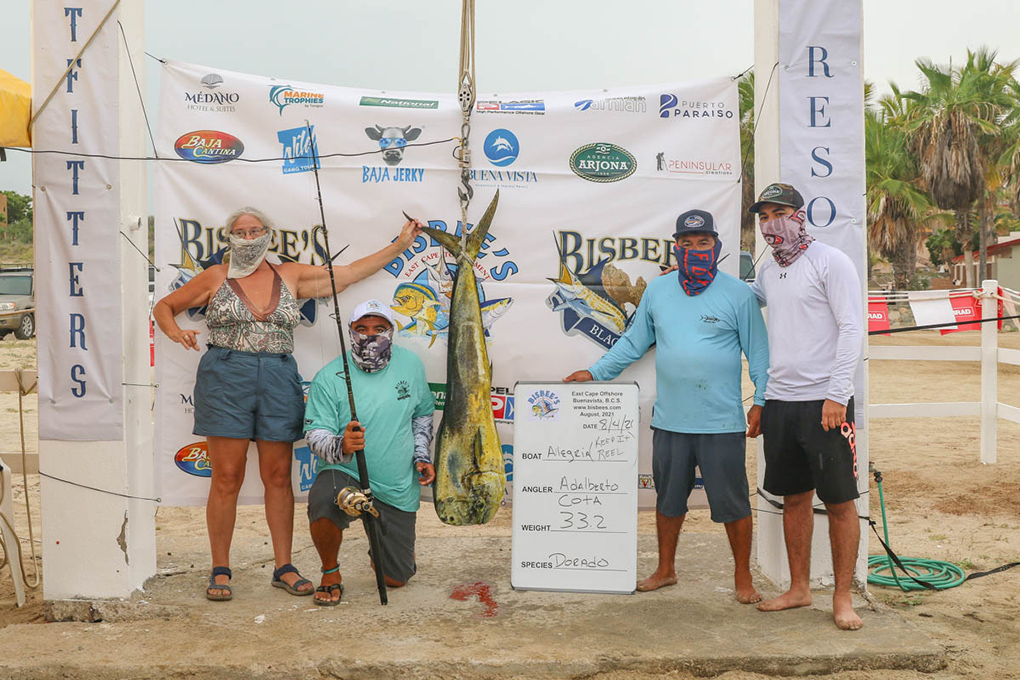 “Team Keep it Reel” also boated the first fish of the day – a dorado –  caught by angler Scott W. Kays mid-morning. They were the first to the scales with that qualifying fish which put the team in First Place in the Dorado Division. After the weigh-in, they finished their paperwork and headed back out fishing.

In addition, “Team Keep it Reel” released a total of three striped marlin that first day. 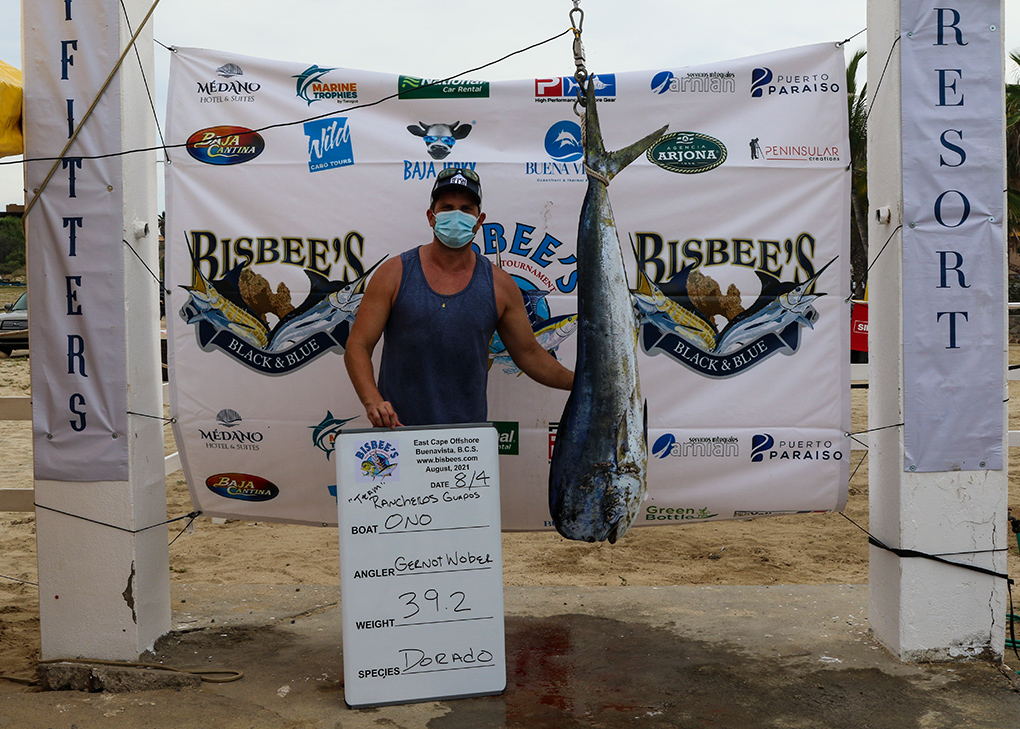 However, before the day was done, there were three more qualifying dorado weighed in.   Angler Gernot Wober of “Team Rancheras Guapas” arrived at the scales with a 39.2-pound dorado that knocked the “Keep It Reel” dorado out of First Place.  Gernot’s fish also outweighed two other challengers – angler Christopher Engels on the “Team Whiskey Lines” with his 34-pounder, and Guy Yocom’s, owner of the boat El Suertudo, and angler on the Team “El Suertudo” with his close, but not big enough, 38-pound dorado.

Everyone at the scale agreed that the only yellowfin tuna of the day brought to the scale by angler Barry  Stewart on the “Team Let’s Go” looked like a keeper.  As the weigh master hoisted the hefty tuna, onlookers held their breath, and members of the “Team Let’s Go” crossed their fingers. The scale surged upward toward the qualifying weight of 40 pounds and rocked a bit before settling at a mere 12 ounces too light – 39.4 pounds.

By far, 39 teams battled to compete as the numbers of stripers, sailfish, blues, and black marlin releases grew. At the end of the first day, the top three teams had tied with 500 points each: Big Oh, Pure Magic, and Fish Tank.   So you can bet that the struggle to be at the top of the leaderboard will be intense on Thursday.

Unfortunately, though the Bisbee Team remained at the scale until 7:30 p.m., no more boats brought fish to the scale. 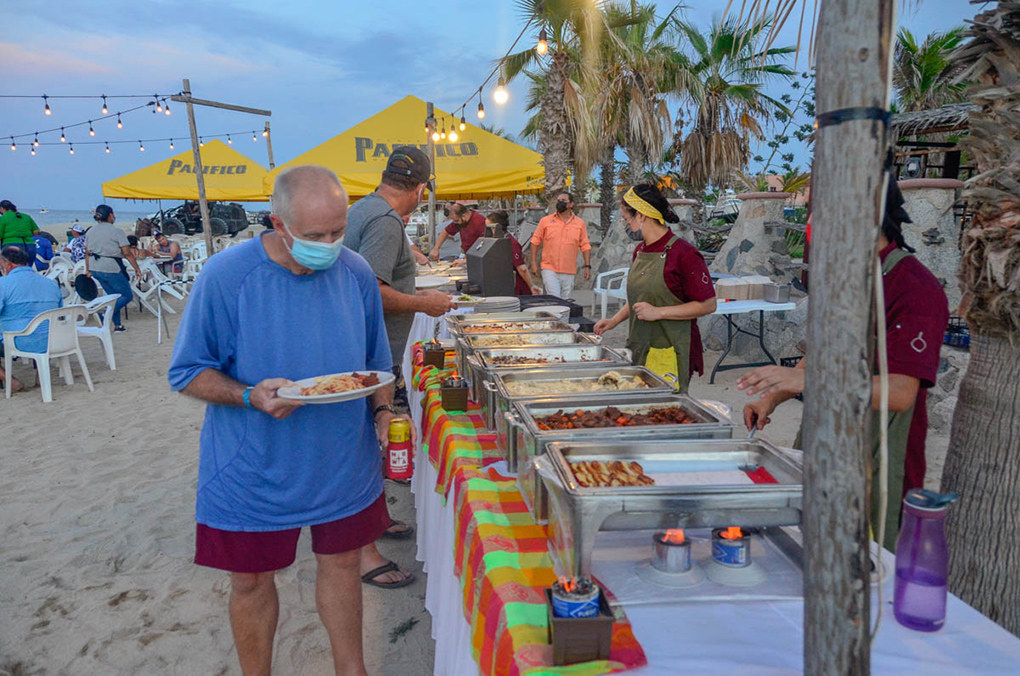 again, The BUENA VISTA Oceanfront & Hot Springs Resort outdid themselves with the buffet and entertainment. Many of the teams commiserated about the first day’s conditions, blaming the weather for their lack of fish. Others swapped tales about the caught fish and those that got away and what they hoped tomorrow would bring.  Everyone managed to have a great time.

As a side note, another record was broken for the ECO. It is the first time that we weighed a fish (dorado) in the rain!

There was lots of money left on the table today, and aside from the one Dorado Jackpot, it’s all up for grabs tomorrow.

If you want to stay up to date minute-by-minute, visit CatchStat.