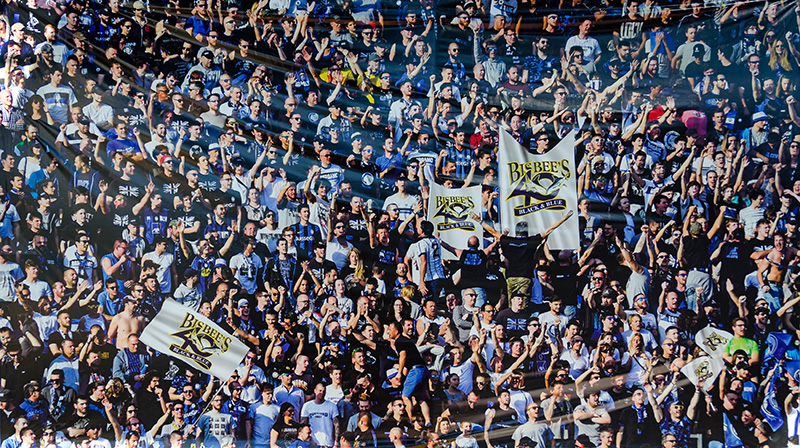 The “virtual crowd banner” awaited the arrival of a qualifying fish weighing over 300 pounds as it hung over the Weigh Station for the three days of the Black & Blue tournament. And this was not counting the pre-fishing days the 127 teams scoured the waters off the tip of Baja on boats skippered by some of the finest Captains in the world.

The teams tried valiantly.   Live bait, dead bait, or artificials all had their moments!  The team on Whatta Journey hooked one on a live dorado leading to a five-hour ordeal that ended poorly with a fish that failed to make it to the scale.

There were even a few cases of “panic,” where fish were brought to the scale in desperation failing to meet the minimum weight.

In the Largest Billfish category, all 127 teams were tied at the end of the three-day tournament.

When the final lines out was announced on the last day, congratulations were in order, not for fish taken but to each of the Team members for conforming to the government protocols while participating in the Bisbee family Black & Blue, the largest billfish tournament in Mexico offering the largest single days payout in the history of billfish tournaments in the world.

With the largest number of teams ever entered in the Bisbee Black & Blue, it’s no wonder that Wayne Bisbee was pacing at the scales each day muttering, “Bring me a damn fish!” 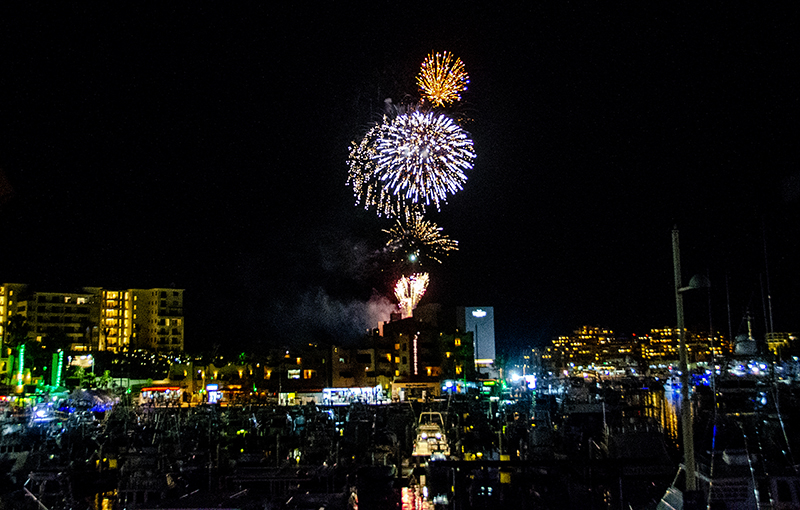 Later Friday night, there were fireworks over the IGY Marina, honoring the 40th Anniversary of the Bisbee Black & Blue.

Despite there being no qualifiers weighed in, many teams were competing in the Release Division. Names and points are listed below:

The Bisbee’s Fish & Wildlife Conservation Fund in the past 7 years has undertaken some extraordinary projects and made a remarkable contribution to every one of them!